Shopify Unite Insights: Everything Shopify and Shopify Plus Merchants Need to Know

Since its inception in 2004, the Shopify e-commerce platform has grown to power more than 800,000 stores. It’s the go-to platform for startups who want to build a customized storefront to sell their wares and is also used by huge brands like Red Bull, Nescafé, Budweiser, Gymshark and Kylie Cosmetics.

Shopify continues to develop and improve its enterprise solution for the future of e-commerce, as was apparent at the recent Shopify Unite conference, held in Toronto between June 18-20, 2019.

In this article, we’ve set out the major updates and new features announced at the conference that both Shopify and Shopify Plus merchants need to know about. Here they are below!

Updates for both Shopify and Shopify Plus merchants 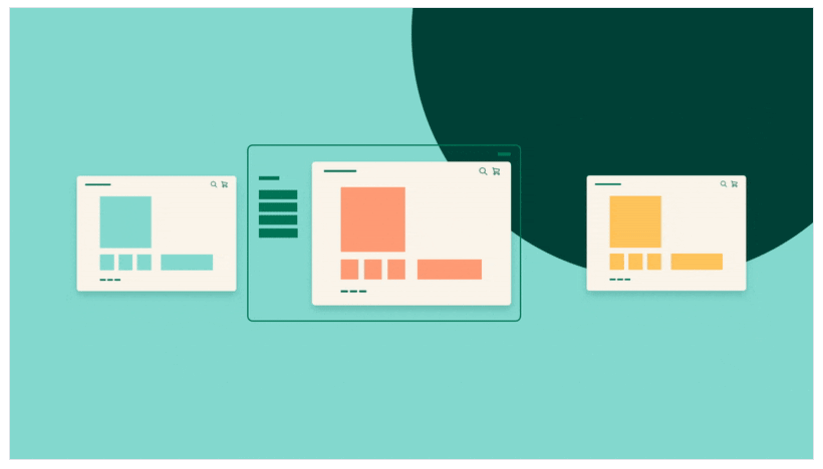 Shopify’s online store is a core part of the merchant experience. All merchants want their store to be visually appealing, yet at the same time, easy to build and manage. Shopify has announced a major upgrade to the online store, which will bring about further customization options and greater flexibility when it comes to design - all to improve the store editing experience, without the need for coding.

The improvements include adding Sections across the entire online store (not just the homepage), introducing Master pages, where multiple pages can be edited from one place, and content portability - the ability to change themes and keep content intact.

Read this in-depth article for more details and to check out other changes happening to the online store - including the introduction of subscription apps for the checkout.

Shopify is introducing a new feature later this year that will be very much welcomed by both Shopify and Shopify Plus merchants alike - the ability to edit customer orders after payment has been made and before the order has been fulfilled.

Merchants will be able to edit product type, quantities, variant, and shipping method easily, avoiding the risk of duplicate orders, lost sales and accounting discrepancies. If there’s a change in price after an order has been altered, merchants can send a payment request to the customer to obtain the difference. All records will be automatically updated with any order changes.

This feature will offer post-purchase flexibility for merchants and ensure that customers can change their mind after they place their order without the need for any awkward workarounds.

Another back-office update is the improvements being made to shipping profiles, so merchants can set up custom shipping rules based on product size, weight, or shipping origin.

This feature means that merchants can provide more accurate shipping rates to customers - and potentially reduce cart abandonment issues related to unexpected shipping costs. It will be available in Shopify this summer through the Delivery Profiles API.

One of the most exciting developments for both Shopify and Shopify Plus merchants is Shopify’s plans to roll out a fast, inexpensive fulfillment solution: the Shopify Fulfillment Network.

With 99.5% accuracy in relation to order picking, packing and shipping, this solution aims to put an end to delayed deliveries, poor customer service, and high shipping fees. It’s already available in the U.S. and merchants can now apply for early access. Learn more about the Shopify Fulfillment Network.

Some merchants may need or want to interact with their customers in a unique or complex way, regardless of their business size. That’s where Shopify’s custom storefront tools and headless commerce technology come in.

These tools allow merchants to build much more than an attractive storefront - they help to create highly customized, immersive shopping experiences for their customers.

Headless commerce is powered by Shopify’s Storefront API and essentially separates the front end customer touch points (apps, screens, voice interfaces) from the back end technology that merchants use to run their business.

Through headless commerce, merchants have the flexibility to sell anywhere and in any way that they need to. They can control every aspect of the digital experience and make changes to one or multiple sites with speed.

New versions of the Storefront API now includes support for metafields, the ability to show product recommendations on product pages and the roll-out of multicurrency for Shopify payments for all merchants.

The ability to sell in multiple languages

Shopify Admin is being launched in eleven new languages (as well as the six languages catered for previously). These new languages will help bring Shopify to more entrepreneurs than ever before.

Additionally, new Liquid APIs have been created so merchants can provide localized shopping experiences for cross-border shoppers. Merchants will be able “speak” to buyers in a language they’re familiar with and thanks to the update to multicurrency payments, they’ll be able to invite them to pay in their native currency.

The Partner Dashboard is also being updated with 10 new languages so that developers can localize their app listings and give merchants around the world access to growth tools in local languages. These new languages include English, Spanish, Dutch, Italian, French, German, Brazilian Portuguese, Japanese, Simplified Chinese, and Traditional Chinese. 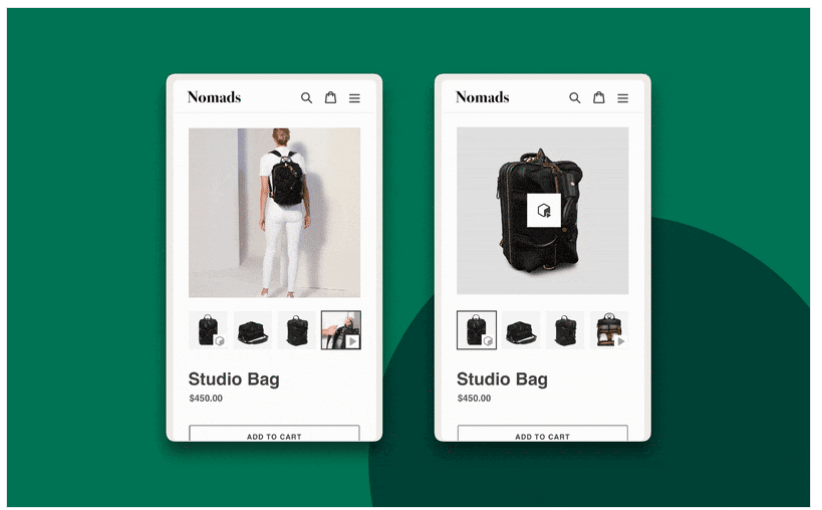 Nowadays shoppers want more than a picture of a product before they make a decision to buy. They want to see a product up close, so they can visualize its size, shape, intricate features and even explore what it might look like in their home.

To meet this need, Shopify will soon introduce a video and 3D model update for products in Shopify Admin. Merchants will be able to showcase their products in a more immersive way and provide better browsing experiences to help drive conversions.

All merchants will be able to manage their media assets from a single location, which will be especially useful for high-volume merchants. Read more details about the video and 3D model update alongside Shopify AR here.

Around 100,000 merchants use Shopify POS to power their stores. Shopify is making significant improvements to POS including the introduction of cart app extensions to enable merchants to apply promotions quickly to a customer’s cart.

Important customer information like reward milestones, or birthdays, are surfaced automatically, so staff won’t need to navigate to different apps to get alerts. This new feature will mean a faster, more seamless checkout experience for both customers and staff alike.

In addition, Shopify has redesigned POS from the ground up and given it a cleaner design, a combined back-office that syncs all customer data and a simple interface for store staff. Read more about the changes to Shopify POS in detail.

Merchants can add predictive search to their Shopify store using the JSON API. This search tool suggests products as the customer begins to type in the search bar, helping them find what they need while providing a new way for them to explore a store.

Shopify developments: the impact on business for Shopify stores

The redesigned online store will mean a much-improved editing experience for Shopify merchants, without them having to enter a single line of code. They’ll be able to customize their stores at page level and switch themes when they want to in the knowledge that their content will follow.

The video and 3D model update will open up an entirely different browsing experience for customers, as they’ll be able to get up close and personal with the products they’re interested in.

This update will likely increase conversions for Shopify stores. In fact, Shopify estimates that when a buyer clicks on a 3D model, they’re more than twice as likely to go on to complete their purchase, compared to if they don’t.

The updates to custom storefront tools will allow those merchants with complex or unique needs to provide an enhanced, immersive shopping experience through cutting-edge technology - voice shopping, interactive mirrors, virtual reality and more.

The addition of eleven new languages will positively impact both merchants and customers around the world. Many customers will benefit from a localized experience when shopping and be able to learn about products in their native language and go on to buy them in their own currency.

By introducing these new languages, Shopify is taking great steps to expand its platform to entrepreneurs globally who are looking to set up an e-commerce business for the first time.

Finally, the Shopify Fulfillment Network promises to make fast, inexpensive shipping an internet standard. Customers will benefit from great value shipping and faster deliveries, while merchants will be better informed and more able to keep their customers happy.

Updates specific to Shopify Plus stores only

The all-new Shopify Plus (coming soon) 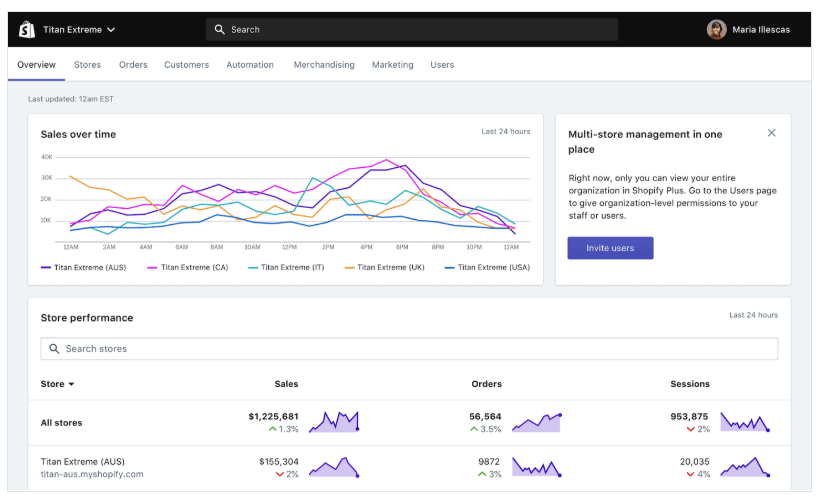 Shopify Plus powers some of the fastest-growing e-commerce brands around, many of which have multiple stores. Shopify has put a great deal of focus into re-evaluating Shopify Plus so that it better meets the needs of those businesses trying to scale up.

Shopify Plus merchants will soon be able to use a system that centralizes the most important parts of their business - stores, staff, workflows, customers, and data.

One login for all stores

The all-new Shopify Plus will allow merchants with multiple stores to see insights and analytics from each of them in one single place - a merged identity account. No longer will Shopify Plus merchants have to maintain separate logins for each and every store.

Managing staff will become easier as all user accounts will be managed centrally. Instead of adding new users to multiple stores one by one, Shopify Plus merchants will now be able to grant access to the relevant stores and set the necessary permissions all in one place.

Customer data will also be centralized for those with multiple stores, meaning that whenever a customer calls with a query, it doesn’t matter which store they’ve made a purchase from. This change will help merchants to understand their customer better and provide a more seamless shopping experience for them.

Shopify Plus merchants will now be able to create workflows using Shopify Flow, an automation tool, across all of their stores - and see which workflows are on one or all stores at a glance.

We’ve touched on some of the new Storefront APIs already in this article. One of them is purely relevant for Shopify Plus stores, however, and that is support for Shopify Scripts.

Shopify Scripts are small pieces of code that allow you to create personalized experiences for customers in the cart or checkout area. An example is applying a discount to a cart based on the number of cart items. Plus merchants can choose whether to run scripts in their store only or through their store and certain apps.

The updates to POS will complement Shopify Scripts. Shopify Plus merchants will be able to play around with and test out promotions with automatic discounts before creating a truly personalized experience through Shopify Scripts.

Further growth and expansion for Shopify Plus merchants

As well as all the benefits provided by the updates to the online store and the other new products and features mentioned in this article, the all-new Shopify Plus will revolutionize the way that Plus merchants manage multiple stores.

Instead of working on each store as a separate entity, Plus merchants will be able to view insights, analytics, customer data and staff accounts in one single place. This major update will save a lot of time for busy Shopify Plus merchants and help them scale their businesses more efficiently going forward.

Join 20,000+ Shopify marketers in 130+ countries
who are already using Firepush.

Boost your 4th of July sales in 2020 with these holiday-themed templates!

What are browser push notifications?